Back to Terry's story

Terry Lynn Crites was born July 20,1951 in Woodward County; he was the Son of George W.A. Crites & Mina Irene Crites.
He grew up to adulthood & lived in Woodward most of his life.
On February 26, 1972, he was married to Vickie Noreuil in Woodward. They made their home in Nuremberg Germany where he was stationed for the Army.
They returned to Woodward, OK to make their home.
He worked in the oilfield in the Woodward area. He was also a musician & traveled playing with his band. He loved music. Music was his passion.
Terry died Tuesday, December 31,2019, at his home in Ardmore, Ok. He was 68 years of age.
He is survived by his daughter; Haley Biggert & Husband Kelly Biggert of Ardmore, Ok; his son Jeremy Crites & wife Rita Crites of Austin, Tx; his son Austin Crites of Ardmore, Ok; daughter Ashleigh Crites of Kemlin, OK; daughter Sheena York & husband Tre York of Woodward, Ok; Sister Kay Crites of Oklahoma City, Ok; numerous nieces, nephews & cousins.
Four grandchildren; Tevin Huenergardt of Alva, Ok; Lynon Castor of Ardmore, Ok; Alexis Blevins of Woodward, Ok; Lane Blevins of Woodward, Ok.
He enjoyed & loved his family.
Terry loved to play music. He could play any instruments. He played music 30 + years & gave guitar lessons after his retirement in the Woodward area.
He is proceeded in death by his parents; George & Irene Crites; 1 Son; George Crites; Brother Robert Crites; Brother Ronald Crites.
He was greatly loved & respected by his family & friends.
Published on February 24, 2020
To plant a tree in memory of Terry Lynn Crites, please visit Tribute Store.

Plant a tree in memory
of Terry

A place to share condolences and memories.
The guestbook expires on May 24, 2020.

Chuck Carrico Jr.
I was blessed to have a friendship with Terry. I enjoyed a lot of time at Jack Price's house making music with him. Thoughts and prayers for the family.
Judy Skanes
So sorry for your loss. prayers for all. He's playing with the "Greatest Band"
Robert Ford
We played many, many music jobs together starting in about 1986. He was always the band "clown' and would keep us all laughing with his witty, dry sense of humor. We spent a lot of time "on the road" with the band. You will be missed my musical brother.
View all 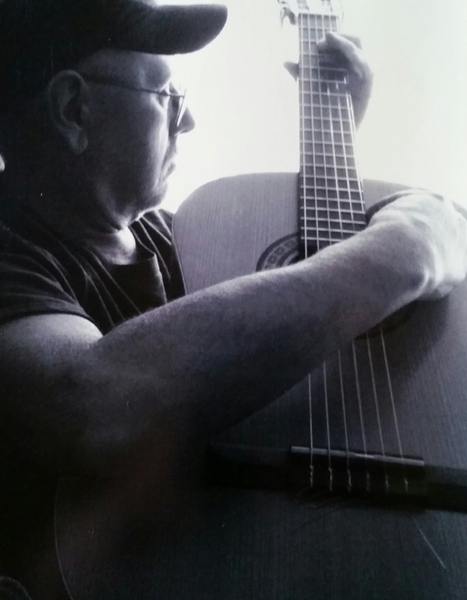