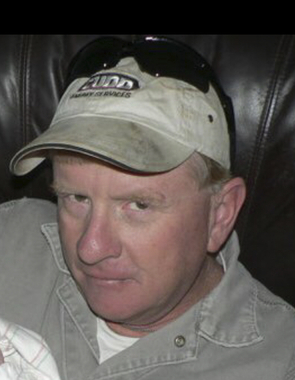 Back to Scott's story

Scott Clanton of Woodward Ok departed from this life on January 29th, 2020. We will be celebrating his life on Monday February 3rd, 2020 at 2pm at Billings Funeral Home. The family will be having a viewing on Saturday, February 1st, 2020 at 1pm.
Scott Russell Clanton was born on July 25th, 1966 in Okmulgee Oklahoma to Lena and James Clanton. Married to Teresa Clanton for 30 years. He was a family man with four daughters Suzi Kilhoffer of Battlecreek Michigan, Laura Stone of Woodward Ok, Tayia Clanton of Woodward Ok, Angela Hofstee of Woodward Ok, and three sons Joshua Clanton of Woodward Ok, Austin Clanton of Woodward Ok and Caden Clanton of Woodward OK. He enjoyed spending time with his family, being outdoors, going fishing, and playing sports with his kids, coaching his kids in sports. He was a die-hard OU Sooner fan, loved all sports and enjoyed any time that he could spend with his family.
Preceding him in death is his brother Hersal "Bud" White and his son Joshua Clanton. He leaves behind Teresa Clanton, his four daughters Suzi, Laura, Tayia, and Angela, and his two sons Austin and Caden, His mother Lena Clanton, His two sisters Maxine and Connie, plus several nieces and nephews. Also, his granddaughter Bayleigh. Along with multiple family and friends.
Published on January 31, 2020
To send flowers to the family of Scott Clanton, please visit Tribute Store.

Send flowers
in memory of Scott

A place to share condolences and memories.
The guestbook expires on April 30, 2020.