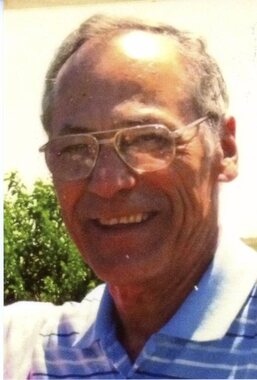 Back to Ross's story

Ross Vernon Tromblee, Jr. passed away on Monday, June 19, 2017 at Talihina Veterans Center in Talihina, Oklahoma at the age of 75. Funeral services will be held at 11:00 a.m. Friday, June 23, 2017 in the Billings Funeral Home Chapel. Burial will follow in the Elmwood Cemetery. Military rites will be conducted by the United States Air Force.

Ross Vernon Tromblee was born March 21, 1942 in Woodward, Oklahoma to Ross Sr. and Alice (Brawner) Tromblee. Ross grew up and attended school in Woodward. Although he left school early to help support the family when his father died, he went on to obtain his GED.

Ross joined the United States Air Force in January 1960. He was deployed to Okinawa, Japan where he spent 18 months. Obtaining top secret clearance, he also served briefly in the Phillippines, Vietnam, and Thailand obtaining multiple commendations. At the time of his honorable discharge in 1964, he was two days shy of completing four years of service to his Country as an A1C E-4 Munitions Specialist.

Upon his return to the United States, Ross met the love of his life, Wilma Florene Drane, at an officer's club playing bingo. After a brief courtship, they were married May 25, 1963 in Wichita, Kansas. Their union resulted in him becoming a devoted and steadfast stepfather to Eldon, Faye, and Chuck Drane. He then returned to Woodward with his newly formed family beginning his civilian career in oil related sales and service which lasted over 20 years.

In 1974, after raising three high spirited teenagers, Ross and Florene adopted Christina Michelle and Carla Renee. His career continued to prosper taking the family to Aberdeen, Scotland and London, England. Once again he embraced his role as a father instilling kindness, selflessness, and trustworthiness in them. They returned to Woodward and later relocated to Elk City, Oklahoma where his sales career continued to thrive.

In 1987, Ross pursued a new livelihood as owner and operator of Starlight Donuts in Woodward until 1994. He took great pleasure in visiting with friends and customers. Throughout his lifetime, Ross was well known for "never meeting a stranger." In his younger years, he enjoyed golf, fishing, and barbequing. Later in life you could often find him enjoying golf on television or working a crossword puzzle.

Remembrances may be shared online at www.billingsufneralhomewoodward.com
Published on June 20, 2017
To plant a tree in memory of Ross Vernon Tromblee, Jr., please visit Tribute Store.

Plant a tree in memory
of Ross

A place to share condolences and memories.
The guestbook expires on September 18, 2017.