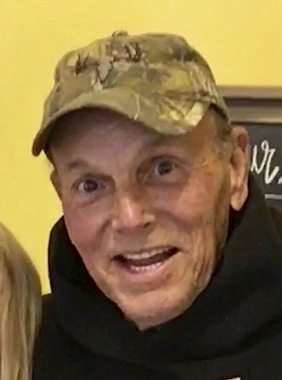 Ronal Stine, 72 year old Woodward resident, died Sunday, August 4, 2019 at Deaconess Hospital in Oklahoma City. A memorial service will be held Friday, August 9, 2019 at 2:00 p.m. at the First United Methodist Church, 1111 Downs Avenue in Woodward. Rev Shannon Davis will officiate. A private family burial will be held at a later date. Arrangements are under the direction of the Billings Funeral Home.
Ronal Owen Stine was born on April 16, 1947 in Mooreland to Randall Stine and Verla (Donovan) Stine. Ronnie spent his early childhood on the farm north of Mooreland until his family moved into the town of Mooreland. He attended school in Mooreland and was involved in FFA and played football and ran track in high school. As a junior Ronnie and the Bearcats went to the State Playoffs for Class C schools, and he was named All-District his Senior year. Ronnie was also president of his Senior Class. He continued his involvement in sports after graduation by playing football at Northern Oklahoma College in Tonkawa at the running back position. He also ran track there. Ronnie often joked that he played at NOC their last two years of the football program, but he didn't think doing away with the program was his fault! After leaving NOC's two-year program, Ronnie attended NWOSU at Alva. He graduated in 1970 with a double major in Math and Science and celebrated by going to Disneyland that summer with some friends! Ronnie returned to NWOSU later and graduated with his Master's in Education.
Ronnie was always a worker. He liked working with his dad on the farm until they sold it, and he and his cousin Donnie worked delivering newspapers before school. He started working at Dunbar's IGA when he was in school at Mooreland. As an adult Ronnie raised pigs, worked at Peaches Farm Supply, taught 6th grade math, sold bricks for ACME Brick, and then found the best job of all......being his own boss. He ran a tractor doing dirt construction and/or demolition. That job led to doing cement work where his attention to detail was a plus. He was always regarded as a hard worker who could do about anything.
In May of 1972 Ronnie married Debby Ganes York and became stepdad to her son Monte. Four years later, Ashlee was born. Monte and Ashlee could watch Ronnie draw pictures and cartoons for hours. He was quite an accomplished sketch artist, and Ashlee and Monte both developed artistic abilities of their own through the years.
Ronnie loved deer hunting and would often go with his brothers-in-law Robert and Gerald, nephew Randy, and good friend Tom Hoock. He liked to get to "the tree" by 4:30 am so he would be ready for the buck that was going to come along. His deer jerky was a favorite with the older grandkids! He also enjoyed fishing trips with his brothers-in-law and the kids on Memorial Day and Labor Day weekends at Lake Eufala for many years. Those fishing and hunting trips, along with family holidays, provided a lot of funny stories to be retold over the years. Ronny had a great sense of humor throughout his whole life and enjoyed sharing those funny moments with others.
Ronnie was preceded in death by his dad Randall, his nephew Randy Phillips, his sister Clarice Bratcher, his step-dad Lamont Munsell, and his mom Verla Stine Munsell.
Ronnie is survived by his daughter Ashlee Pape, her husband Aaron and their children McKellee, Zoee, Leslee, and Lillee; stepson Monte York, his wife Barbi and their children Jordan James, her husband Wes and their daughter Maggie, and Mackenzie Harmon and her husband Michael; and his good friend and former wife Debby. He is also survived by his sisters Randa Phillips and husband Robert, their daughter Angie Durbin and her husband Joe; Joyce Stine and her children Stacey Aloui and Bryan Nyambui; Nancy Green and husband Charlie; brother-in-law Gerald Bratcher, and a bunch of cousins and friends.
In lieu of flowers, the family asks that you make a donation in Ronnie's name to the NOC Scholarship Fund or Northwestern Scholarship Fund in his honor.
Remembrances may be shared online at www.billingsfuneralhomewoodward.com
Published on August 7, 2019
To plant a tree in memory of Ronal Owen Stine, please visit Tribute Store.

Plant a tree in memory
of Ronal

A place to share condolences and memories.
The guestbook expires on November 05, 2019.