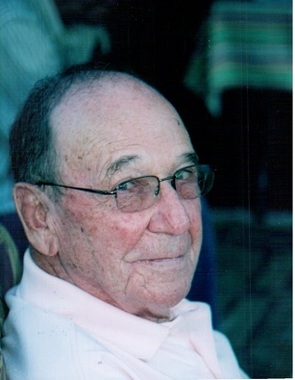 Back to Richard's story

Graveside services will be 2:00 pm Tuesday, December 10, 2019 at Wheeler Cemetery in Wheeler, TX. Visitation will be from 5-7 pm Monday December 9, 2019 at Robertson Funeral Directors in Wheeler, Texas.

Arrangements are by Robertson Funeral Directors of Wheeler, Texas.

Dick was born in 1928 in Gageby Creek, Hemphill County, Texas to Farmer and Opal Hefley. He married Dorothy Berry September 9, 1951.

Dick served his country during the Korean War returning to Texas where he worked in the farming and cattle business. He continued his life in the cattle business until his retirement.

Survivors include his wife of 68 years, sons, Mike and wife Deedee of Austin, Rick and wife Dianna of El Paso, Tim and wife Rachel of Lampasas, four grandchildren Josh, Ricay, Ransom and Katlyn.

In lieu of flowers, contributions may be made to the charity of your choice.
Published on December 3, 2019
To plant a tree in memory of Richard Helfey, please visit Tribute Store.

Plant a tree in memory
of Richard

A place to share condolences and memories.
The guestbook expires on March 02, 2020.