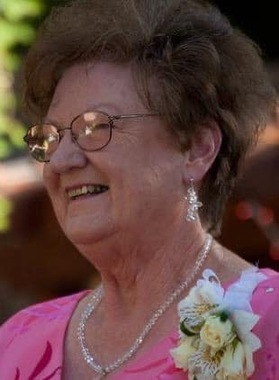 Back to Laverne's story

Laverne Alice (Neal) Kammerzell was born on November 15, 1940 in Olney, Texas; she was the daughter of Elmer William and Lucille Pearline (Shipman) Neal. As a young child Laverne lived in Kadone Corner, Texas; Wichita Falls, Texas and Wichita, Kansas. She attended grade school in Electra, Texas; and high school in Derby, Kansas. She was united in marriage to Carl Max Kammerzell on December 22, 1964 in Wichita Falls, Texas where they made their home. Laverne and Carl moved frequently throughout their married life, following Carl's career in the United States Air Force. They lived in New Hampshire; Guam; Louisiana; North Dakota; moving to Woodward in the later part of 1981 when Carl retired. Laverne worked in hospital administration throughout her working career.

She was a member of the Red Hat Club, Women of the Moose, and the Grand Regent of Oklahoma.

She was preceded in death by her parents; sister, Darlene Vesprimi; brother, Matthew Walther, Jr. and many aunts, uncles, nieces, and nephews.

Remembrances may be shared online at www.billingsfuneralhomewoodward.com
Published on January 14, 2020
To send flowers to the family of Laverne Alice Kammerzell, please visit Tribute Store.

Send flowers
in memory of Laverne

A place to share condolences and memories.
The guestbook expires on April 13, 2020.

Joseph,vespremi,
She is mom's sister and sorry for the lost,of family, I wish the best for the rest of the family, good bless her and all of you,,
View all