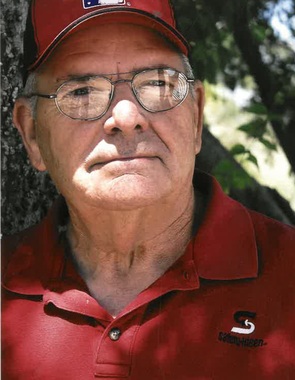 Back to Jerry's story

Wednesday, December 4, 2019, Jerry Lane Phillips Sr. received his wings after a very courageous battle with Pancreatic Cancer. Memorial services will be held Saturday, December 14, 2019 at 10:00 am in the Billings Funeral Home Chapel.

Jerry was born in Abilene, Texas, on August 22, 1941. He was the fifth and final child born to Samuel Dewey James Phillips and Essie Moore Phillips. Jerry grew up in a little town in Texas called Merkel. He moved to Big Spring, Texas, for his junior and senior years. The only thing that kept him in school was being able to play baseball. He pitched for the Merkel Badgers and the Big Spring Steers graduating in 1960. The day after graduation he boarded a train headed to Chicago to go play ball for the Chicago White Sox. He played two years for their Semi-Pro league and decided that he was not going to make it in the big leagues. He took a job with Amoco Chemical in Joliet, Illinois, and was married. From this marriage two children were born, a son, Jerry Lane Jr. and a daughter, Amanda Jane. Jerry's marriage ended, and he returned to Big Spring, Texas, with his two children. He started working in the oilfields as a millwright welder, mechanic, and engineer chasing oil rigs and construction. He met and married Jeanette Wyatt on June 30, 1966, and had an instant family. To this union one child was born, Shannon Janee'. Jerry's work moved the family from Big Spring to Plainview, Texas, to work at Farmers National Chemical until the plant closed. Then he moved the family to Dimmitt, Texas, to work at Goodpasture, Inc. After 4 years, an offer came to move him and his family to Woodward, Oklahoma, in 1977 to work for the W.R. Grace Plant. Later on Jerry also worked for Richard B. Shaw, USPCI/LaidLaw/Safety Kleen/Clean Harbors, and Tri State Trusses, until he retired.

He always had his own little welding shop at the house, and he would design and weld projects for people all around Woodward. Jerry was very much a true perfectionist. Being off a quarter of an inch meant the project was redone. There was just no excuse for "sloppy work". The things that were built by him or that he managed being built are still in use today.

In the late 80's and early 90's Jerry started building and racing stock cars. He truly loved this hobby and met some wonderful people. His other hobbies included riding horses and watching any kind of sport especially baseball. He loved watching old western movies, and if Audie Murphy or John Wayne were in them, then it was a bonus.

Jerry is survived by his wife Jeanette; his daughters Shannon Deweese and husband Steven and their two children Sarah and Seth all of Woodward, Oklahoma; Amanda Flewelling of Pueblo, Colorado and her three children Rebecca Wright and husband Dustin, of Bartlesville, Oklahoma, Philis Whitsitt and husband Brad of Ponca City, Oklahoma, and Andrew Kellert and wife Valerie of Washington, D.C.; his son Jerry Lane Phillips Jr. and wife Angie of Salt Lake City, Utah, and his two children Elston Phillips and wife Sarah of Minnetonka, Minnesota, and his daughter Stephanie Phillips of Hopkins, Minnesota. He is also survived by 12 Great Grand children.
He is preceded in death by his parents and all of his siblings.
Memorial contributions may be made to the WOOF Pet Rescue with the funeral accepting the contributions.
Remembrances may be made online at www.billingsfuneralhomewoodward.com
Published on December 10, 2019
To plant a tree in memory of Jerry Lane Phillips, please visit Tribute Store.

Plant a tree in memory
of Jerry

A place to share condolences and memories.
The guestbook expires on March 09, 2020.