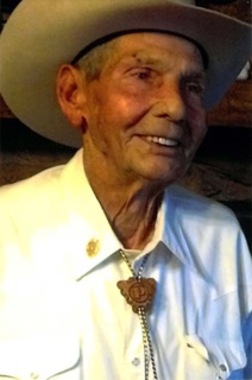 Back to Jerry's story

Jerry Bill Parker was born November 30, 1939 to Don and Wilma Parker of Fairview, OK . Jerry grew up on a farm west of Fairview and attended Fairview Public Schools and Cedar Springs Nazarene Church. In his youth Jerry enjoyed showing animals (he had grand champion steer and burrow) and working on the farm. He was also a member of the high school football team. As an adult Jerry worked as a brick mason, and practiced his art for approximately forty five years. He then was part time jailer for Woodward City Police Department. Later he worked for Woodward Police Department as Animal Control for four years, when he finally retired. Jerry was an avid reader and collector of books.

Jerry married Nina Ruth Martin in June of 1958. They were married for 26 years with 5 children, Billy Parker, Randy Parker, Tanya Parker,
Shane Parker, and Denaye Parker Prigmore. Later in May 1987 he married Donna Blake Parker and lived in Woodward, OK.

Visitation with the family present will be from 6-8 p.m., Sunday evening at Pierce Funeral Home, 721 S. Main, Fairview. Funeral services will be held at 1:00 p.m., Monday, July 15, 2019 at the Cedar Springs Church of the Nazarene with Pastor Orville White officiating. Interment will follow in Bethel Cemetery under the direction of Pierce Funeral Home, Fairview. Condolences may be made online at www.piercefuneralhomes.com
Published on July 15, 2019
To plant a tree in memory of Jerry Bill Parker, please visit Tribute Store.

Plant a tree in memory
of Jerry