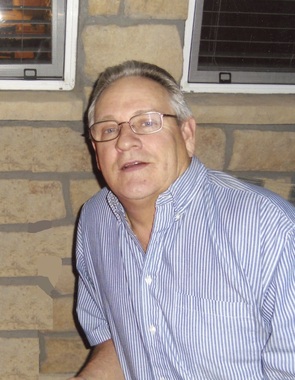 Back to James's story

James Douglas Schickedanz was born on May 20, 1952 in Shattuck, Oklahoma to Leo Calvin and Maurine Lou (Adams) Schickedanz. Doug grew up on the farm on the old home place south of Fargo, Oklahoma. He attended and graduated from Fargo High School. Doug was inducted into the Oklahoma National Guard in May of 1970 and served his country until his discharge in May of 1976. Doug was united in marriage to Janet Sue Cook on December 20, 2010 in Brighton, Colorado. They made their home in Woodward and on the farm south of Fargo. Doug worked at various places including, Pepsi Cola, Budweiser, Dougs Overhead Doors, Tretolite Chemical and Woodward Iodine Corporation.

He was a member of the Free Will Baptist Church. He enjoyed taking care of animals, motorcycle rides, trips to Colorado and taking care of his cattle. His greatest joy was watching his children grow up.

He was preceded in death by his parents, Leo and Maurine Schickedanz, grandparents, Kurt and Edith Schickedanz, Hobart and Clarice Adams, and one sister Joleen Arterberry.

Remembrances may be shared online at www.billingsfuneralhomewoodward.com
Published on January 10, 2020
To send flowers to the family of James Douglas Schickedanz, please visit Tribute Store.

Send flowers
in memory of James

A place to share condolences and memories.
The guestbook expires on April 09, 2020.