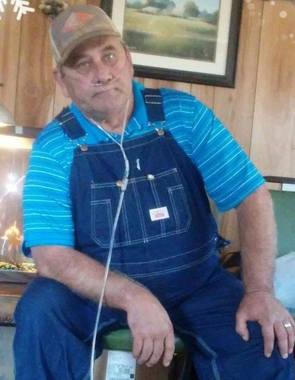 Back to James's story

James Patrick Harger was born March 11, 1962 in Enid, Oklahoma to Richard Eugene Harger and Margaret Lorene (Wartrick) Harger. James grew up in the Enid and Drummond area and attended school there. He was united in marriage to Sheryl Hays in 1981. To this union three children were born: Adam, Heather and Latisha.

He was a hard worker, having many different jobs throughout his life working in the oilfield, farming and even moving trailer homes.

James was united in marriage to Nancy Jean James in 1995. To this union four children were added: Glenn, Eileen, Melissa and Kristina. They made their first home in Enid, Oklahoma before moving to Woodward in 2001 and Freedom in 2005.

He was preceded in death by his father, Richard; his sister, Teresa; his grandparents; and great grandson, Wyde.

Remembrances may shared online at www.billingsfuneralhomewoodward.com
Published on September 10, 2019
To plant a tree in memory of James Patrick Harger, please visit Tribute Store.

Plant a tree in memory
of James

A place to share condolences and memories.
The guestbook expires on December 09, 2019.