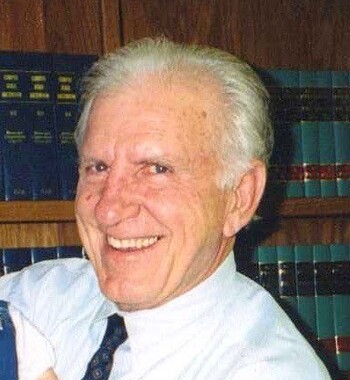 Back to Donald's story

Donald R. Liles, former attorney/rancher/businessman died on August 29, 2019 at the age of 81. Don was born on November 6, 1937 to Floyd and Lizzie (Moody) Liles. He graduated from Sterling High School as a member of the close-knit Class of 1956. In the six years after high school he completed coursework at Cameron State College while working in construction, breaking horses and travelling with a seismograph crew. He was married to his high school sweetheart, Shirley, during those years. In 1966 he graduated from OU Law School after which he moved to Las Vegas, NV becoming a successful trial lawyer. He and his wife of those years, Margaret, had two children, Stewart and Heather. In 1977 Don moved to Woodward, OK where he spent the next 35 years practicing law as well as acting as City Attorney and doing some ranching and such. He and his wife of that time, Sandi, had a daughter, Mackenzie. In 2012 Don became the VP of Rolling Plains Ag Compost, which he managed until he sold his portion in 2014.

Don was a big fan of Woodward expressing many times how much loved the town and its people. He developed many good friendships. He enjoyed social gatherings to include his morning coffee time with the fellas at Dairy Queen or lunchtime at the Pollyanna Cafe. He served as a deacon and elder and sang in the choir at the First Christian Church. He also picked the bass fiddle in the North Canadian River Rhythm Riders experiencing a bit of local fame as they entertained at the annual Lt. Governor's Turkey Hunt Ball. Don mastered a few songs, but he was most famous for singing "Put Another Log on the Fire" with a thread of underlying laughter in his voice. He was known for his sense of humor, his stories, and for his ribs and chili (he would want you all to know that beans are not an ingredient in 'real' chili). Don had other various interests throughout his life to include golfing, fly-fishing, bird-watching and even sailing.

Don was the youngest of six children being preceded in death by his four sisters (Mildred, Ione, Betty and Lena) as well as his parents Floyd and Lizzie. He is survived by his brother, David, his three children, Stewart (Carol), Heather (Dennis) and Mackenzie as well as his five beloved granddaughters, Haley, Brighton, Sutton, Lille and Sage.

There will be a memorial service celebrating Don's life on Thursday, September 5th at 11:00am at the First Christian Church located at 1316 9th St. Woodward, Oklahoma with Reverend Ronnie Hopkins officiating. Arrangements are under the direction of Billings Funeral Home.

In lieu of flowers please make contributions to the Plains Indians & Pioneer Museum of Woodward with the funeral home accepting the contributions.

Remembrances may be shared online at www.billingsfuneralhomewoodward.com
Published on August 30, 2019
To plant a tree in memory of Donald R. Liles, please visit Tribute Store.

Plant a tree in memory
of Donald

A place to share condolences and memories.
The guestbook expires on November 28, 2019.